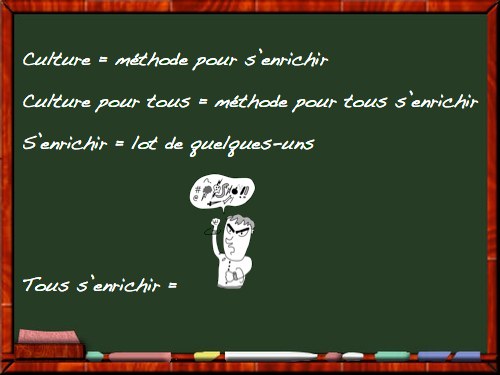 On a warm July night, 40 young people swarmed an Ottawa convenience store in one of Canada's first "flash robs."

An Ottawa convenience store was the victim of a "flash rob" — 40 youth surged into the store at once and robbed it of $800 in goods.

Close to midnight on a hot summer’s night in July, the Quickie convenience store in Ottawa’s west end was virtually empty.

The next minute, 40 or so youth descended en masse. As they marched in they grabbed everything in sight.

The next minute, like a well-oiled many-tentacled machine, the mob turned around and left with $800 worth of goods.

Some were laughing, others had their heads down, and others looked directly into the security cameras, oddly defiant.

Behind them was a single photographer or videographer, holding his camera and looking oddly out of place.

And then the store employee followed seconds later, shaking his head in disbelief.

It was reportedly Canada’s first “flash rob.” The phenomenon has been steadily occurring in many U.S. cities — Washington, D.C., Philadelphia and Las Vegas among them.

In Chicago, North Face and Filene’s were victims. In Washington, Victoria’s Secret endured a 20-second raid that police believe was organized on social media. In Philadelphia, 100 teens attacked a group of pedestrians near a downtown subway station in what was described as a flash mob. In Las Vegas a group of 35 people robbed a convenience store.

Like flash mobs, the participants are alerted of the criminal activity through social media or texting. But instead of gathering to sing en masse or hold a demonstration, those who participate in flash robs invade a store en masse, take what they want, and then leave.

Ottawa police describe it as a “flash theft” rather than flash rob.

Not to be too technical, but robbery is theft with violence and there has been no evidence of violence in the Quickie case, says Const. Marc Soucy, a media relations officer with the Ottawa Police.

“We’re worried a little bit about the phenomenon,” he said. “It’s probably a youth thing. I don’t know why they’re doing it. It could be for a rush of adrenalin. Sometimes you get the mob mentality when you get a group of people.”

A grocery store was reportedly targeted and attacked in a similar way. But Soucy said there was no clear evidence that it had in fact been a flash rob.

U.S. observers see it as a sign of how Facebook and Twitter may be changing or reshaping criminal behaviour. Others see it as a way for the disenfranchised to feel more powerful or as a ticket to instant stardom in the Internet age.

Often the flash robs are videotaped and the exploits are posted on YouTube, part of the appeal, social observers suggest. It is a kind of youthful statement of rebellion and power. And there is no shortage of videos on YouTube detailing flash robs, including the one in Ottawa. A YouTube video [See above] shows the flash invasion in rapid-fire detail.

Some crime experts see flash robs as the latest twist on swarming. “It’s actually quite similar to the swarmings that used to take place in the 1990s,” said Irwin Waller, a professor of criminology at the University of Ottawa and author of Less Law, More Order, a book on reducing crime.

“But with swarmings you had to talk to your buddies about who was going to go with you to rob the jacket or shoes.” With flash robs you can draw large numbers with a simple text or tweet, he explained.

Social media not only allows you to get a large number of people to participate, it also allows you to post your exploits online for all to see, he added. “You can see the ones in Chicago and Las Vegas. They provide an example.”

“But 40 people coming into a convenience store is terrifying for the employees and other consumers,” Waller added.”You just don’t know what will go wrong and you don’t know when someone will be traumatized, but also when somebody will be injured.”

So far Ottawa police have yet to find the culprits or figure out whether it was a spur of a moment event or one that was well planned. The role Twitter or texting might have played for now also remains unknown. The force is reviewing the security camera footage of the event to try to establish who was involved.

David Pyrooz, a criminologist at Arizona State University, believes that incidents like flash robs will increase and as will the use of a quick tweet to make it happen.

“More offenders decrease the likelihood of arrest,” he said. “It looks like it’s a youthful phenomenon. That’s something fun and exciting. It commands respect and notoriety.”

Officials from the Quickie Freeze chain refused the Star’s request to speak with the manager of the convenience store and said the cashier who was on duty at the time of the incident was away until mid-August.