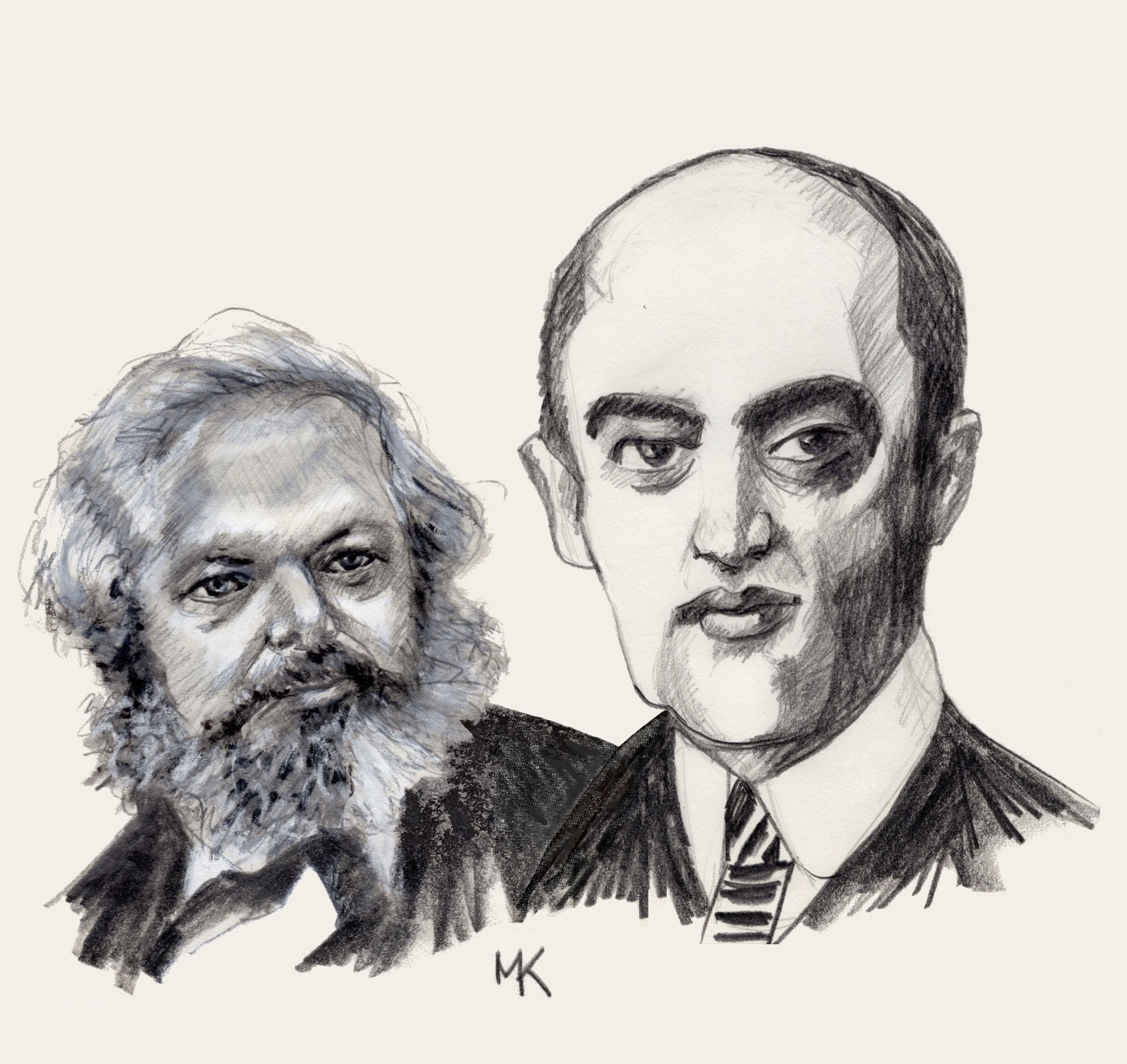 Stephen Hawking on the Future of Capitalism and Inequality

Last Thursday, the acclaimed physicist and cosmologist, Stephen Hawking, dropped a truth-bomb about capitalism and the future of inequality. With the rapid technological advancements of the past few decades (e.g. computer technology, robotics), we have seen economic inequalities grow at alarming rates, and a kind of plutocratic class of owners — that is, capitalists — become immensely wealthy. Hawking believes that, if machines do end up replacing human labor and producing all of our commodities, and we continue on the current neoliberal route, we are on our way to becoming a sort of dystopia of a top ownership class, with immeasurable wealth, and a bottom ownerless class — that is, the masses — living in abject poverty. In a Reddit Ask Me Anything session, Hawkins wrote:

“If machines produce everything we need, the outcome will depend on how things are distributed. Everyone can enjoy a life of luxurious leisure if the machine-produced wealth is shared, or most people can end up miserably poor if the machine-owners successfully lobby against wealth redistribution. So far, the trend seems to be toward the second option, with technology driving ever-increasing inequality.”

The replacement of human labor by machines has always been a fear for working class people. Back in the midst of the industrial revolution, it resulted in a worker backlash known as the luddite movement, where in England, textile workers protested layoffs and economic difficulties by destroying industrial equipment and factories. Today, we see this with the elimination of many previously stable manufacturing jobs in cities like Baltimore and Detroit, replaced largely by automation. This kind of technological innovation that we see throughout the history of capitalism is what Joseph Schumpeter called “creative destruction,” which he describes as a “process of industrial mutation that incessantly revolutionizes the economic structure from within, incessantly destroying the old one, incessantly creating a new one.” Schumpeter called this process “the essential fact about capitalism.”

Creative destruction has always garnered a net positive for society. While innovations eliminate jobs for many, new technologies historically create new industries and new jobs that come with them. This inherent process of capitalism rapidly increases worker productivity and therefore makes once luxurious goods available to a wider spectrum of the population. New technologies help produce significantly more products, which then flushes the supply, and pushes down the price to meet demand.

As I said above, historically, creative destruction ends up producing new jobs after eliminating old ones. But today, it seems we may finally be heading in another direction, and technology has already begun to eliminate more jobs than it creates. Nothing exemplifies this more than the “big three” automakers back in 1990 (GM, Ford, Chrysler) compared to the big three tech companies of today. In 1990, the American automakers brought in $36 billion in revenue altogether, and employed over one million workers, compared to Apple, Facebook, and Google today, which together bring in more than one trillion dollars in revenue, yet employee only 137,000 workers.

And how about American manufacturing compared to the financial industry? Since the 1950’s, the financial industry has gone from enjoying around 10 percent of domestic corporate profits to around 30 percent today(with a high of 40 percent at the start of the century), while manufacturing has dropped from close to 60 percent of corporate profits to around 20 percent. But what is really telling is each industries domestic employment. The financial industry’s employment has remained quite steady over the past sixty years, at under 5 percent, while manufacturing has dropped from 30 percent to under 10 percent. This has a lot to do with the financialization of the American economy, but also the rise of automation. And it’s not about to get any better. According to an Oxford University study from 2013, up to 47% of jobs may be computerized in the next 10 to 20 years.

The middle class has been hit the hardest over the past few decades, and it will continue to be hit hard in the coming decades at this rate. From 1973 to 2013, for example, a typical workers compensation only increased by 9.2 percent, while their productivity increased by about 74.4 percent. Compare this to the post-war period (1948-1973), where productivity rose by 96.7 percent and worker compensation by 91.3 percent. At the same time, the top one percent wage has grown by 138 percent since 1979, while the ownership class has seen their wealth accelerate at a rapid clip. During the late ‘70s, the top 0.1 percent owned just 7.1 percent of household wealth in America, while in 2012 that number had more than tripled to 22 percent, which is about equal to the bottom 90 percents household wealth. Think about that. Just 0.1 percent of a population owns as much wealth as 90 percent.

Now, as Hawking’s said, there seem to be two possibilities. The future may become even more unequal as technology continues to replace labor and leave the masses unemployed and ownerless (currently, this seems more probable), or, if wealth is more evenly distributed, everyone could enjoy “luxurious leisure,” or as Karl Marx famously put it:

“In communist society, where nobody has one exclusive sphere of activity but each can become accomplished in any branch he wishes, society regulates the general production and thus makes it possible for me to do one thing today and another tomorrow, to hunt in the morning, fish in the afternoon, rear cattle in the evening, criticise after dinner, just as I have a mind, without ever becoming hunter, fisherman, herdsman or critic.”

The influential economist, John Maynard Keynes, believed that the future of capitalism (as oppose to socialism or communism, as Marx believed) would bring this leisurely existence to human beings. In his 1930 essay, “Economic Possibilities for our Grandchildren,” he predicted that the growth and technological advancements that capitalism provided would lower the average working week to fifteen hours within a century, making what to do with one’s free time our biggest concern. On money, Keynes provided a hopeful prediction with the singing prose he became known for (barring his exceptionally dry General Theory).

“The love of money as a possession -as distinguished from the love of money as a means to the enjoyments and realities of life -will be recognised for what it is, a somewhat disgusting morbidity, one of those semi-criminal, semi-pathological propensities which one hands over with a shudder to the specialists in mental disease.”

Keynes made some prophetic predictions in his day, but this was not one of them. Today, it seems Marx’s analysis of capitalism better fits the great economic inequalities and the global mobility of capital.

Still, nothing is set in stone. The rise of Bernie Sanders, for example, reveals a growing movement ready to combat the neoliberal status quo that has come to dominate American (and global) politics. If the economy continues on the road it is on, the question of wealth distribution will no longer be just a moral question of how great a level of inequality we as a society are willing to accept, but a question of political and economic stability. The ownership of capital will ultimately determine this future, but there are other movements and policy ideas with this future in mind, such as a guaranteed basic income, where all citizens, once they reach a certain age, are provided a stipend, which would likely replace traditional safety nets. Switzerland may be the first country to enact this policy, and a vote will likely come in 2016. The proposed plan would provide a guaranteed monthly income of $2,600, or $31,200 annually; in other words, enough for everyone to survive and pursue work that they actually enjoy. For those on the right getting ready to scream the S-word, it should be noted that many conservatives and even libertarians, such as F.A. Hayek, have endorsed this idea. It has a surprising history of bi-partisan support, and would, at the very least, prevent extreme poverty in the future, as robots and computer technology continue to take human jobs.

The growing inequality around the world can no longer be ignored, and addressing this and the other problems of capitalism, such as environmental degradation, is not only the morally right thing to do, but the pragmatic thing to do.

Conor Lynch is a writer and journalist living in New York City. His work has appeared on Salon, Alternet, The Hill, and CounterPunch. 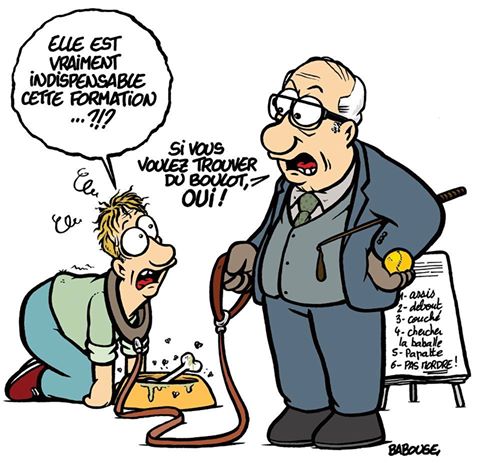